The development of Marriott’s first Moxy Hotel project involved restoration of an historic four-story mansion and blending it with construction of a new, upscale, 13-story modern tower in Washington, DC. The new structure would eventually be awarded LEED Silver certification.

The 19th century building would retain its vintage façade and receive a new interior as part of the hotel. Steele Foundation was entrusted with the preservation of the fragile façade. Extreme care was necessary* to support the existing exterior façade with custom steel shoring frames to allow for demolition and installation of the new structure. 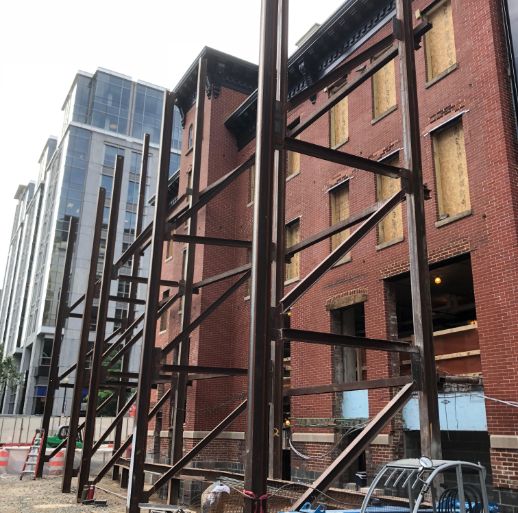 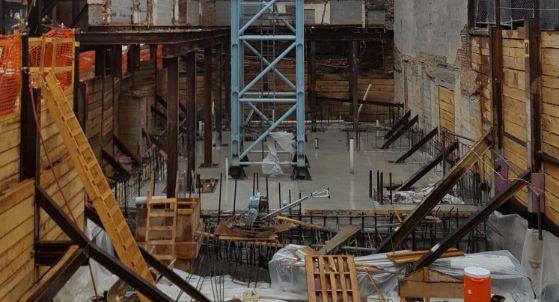 The Steele Foundation team was honored with a Washington Building Congress (WBC) Craftsmanship Award for exemplary craftsmanship on this project. According to Steele team member Olsi Bokciu, the company’s foreman on the project, “We’re able to do a difficult job that many companies can’t do because, number one, we know what we are doing and, number two, the company gives us everything we need to get the job done.” 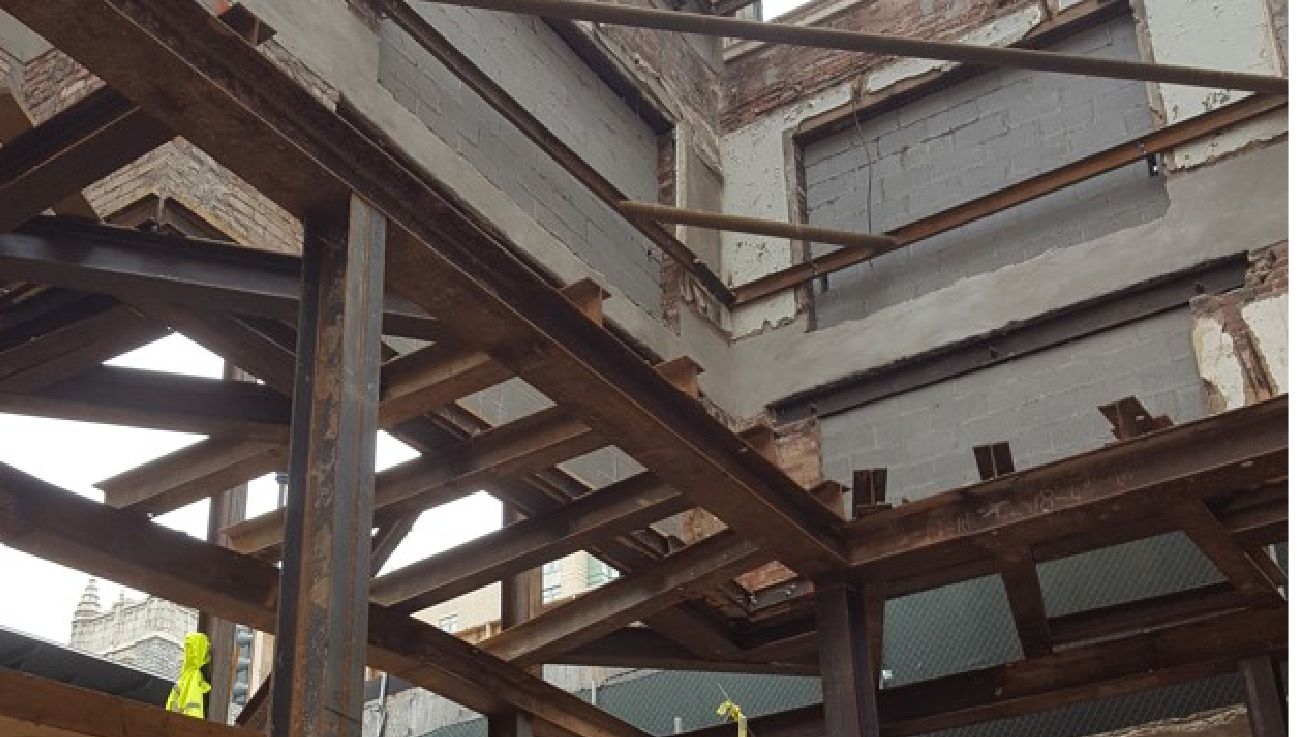 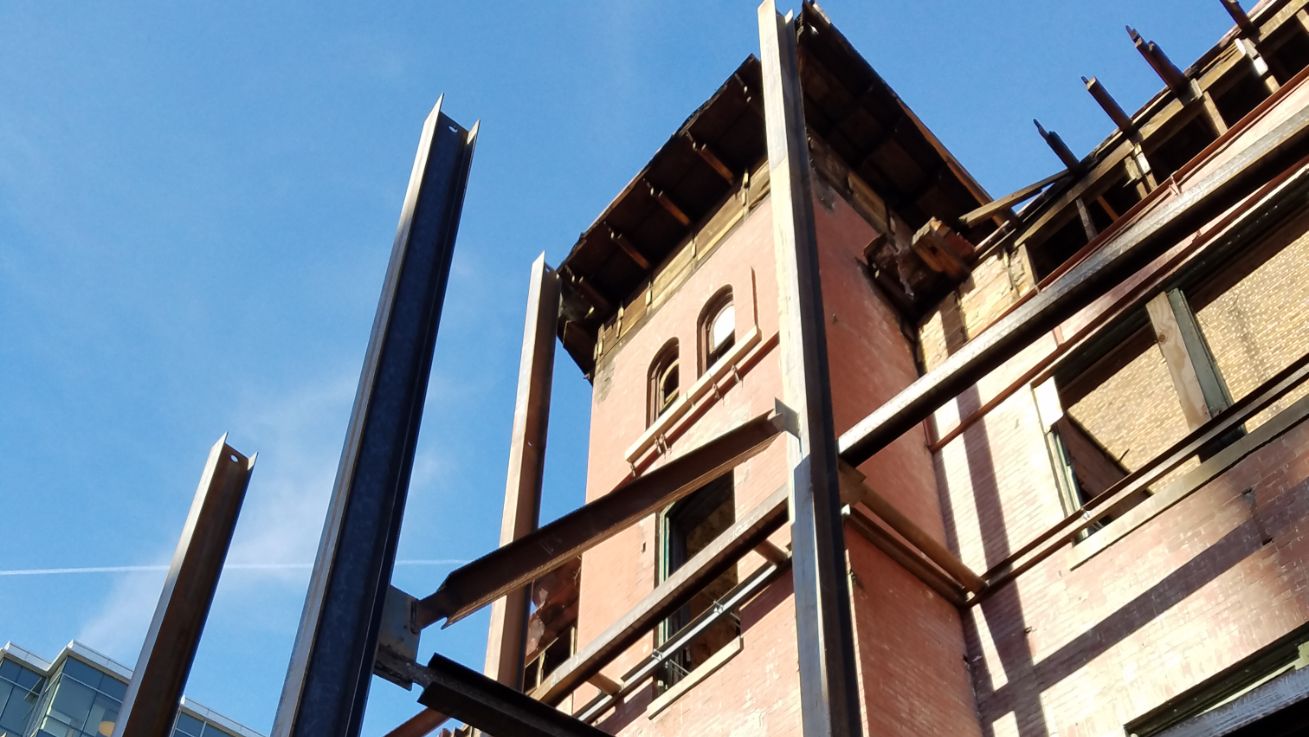 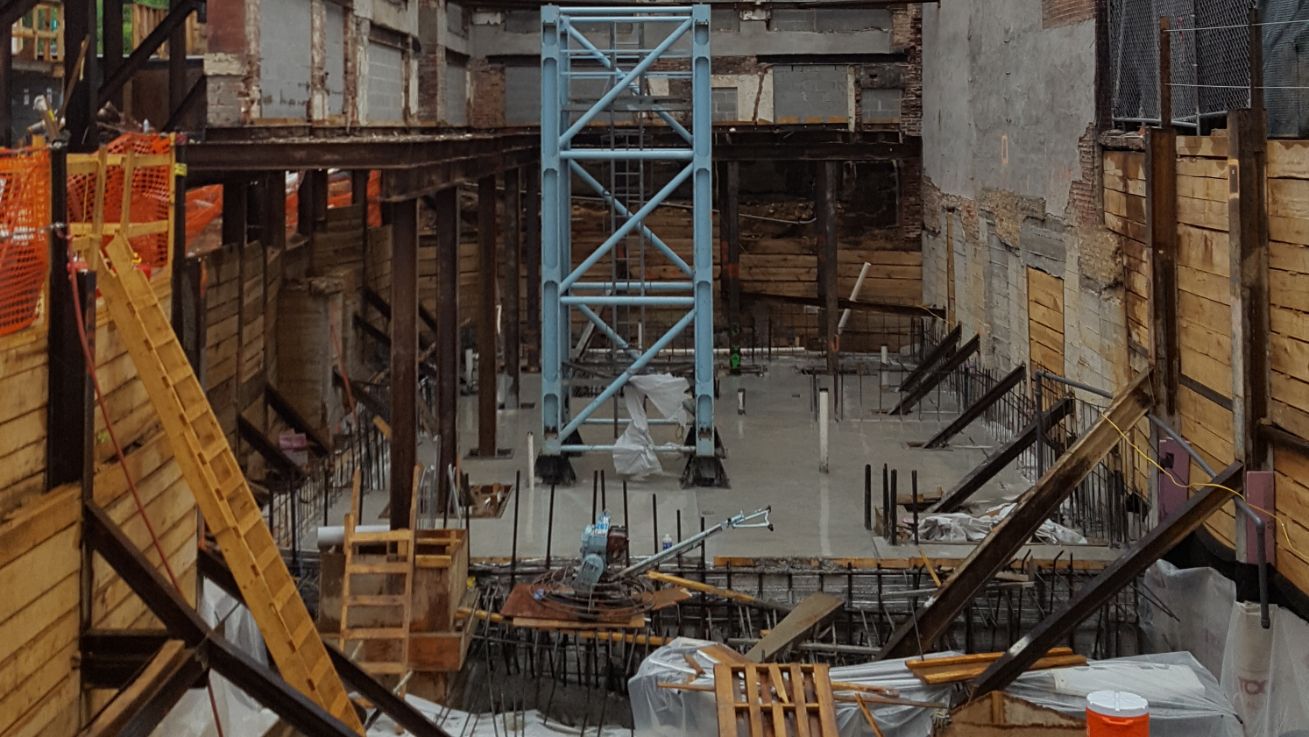 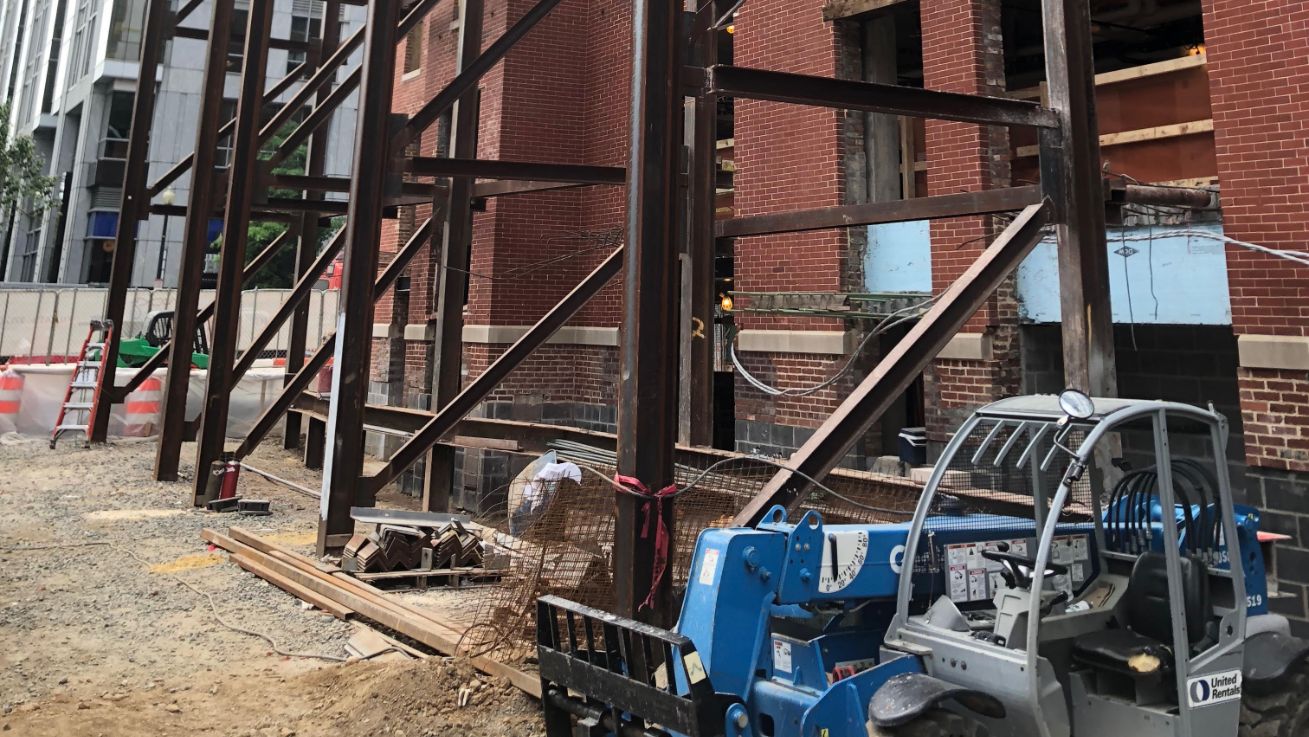 ● The work of Steele Foundation at the Moxy Hotel is considered exceptional, given the restricted access and sensitivity of the historic DC structure.

● Custom steel shoring frames were assembled on the building exterior to allow for demolition of the existing structural framing because interior access was restricted.

● Extreme care was necessary to support the existing exterior façade to allow for demolition and installation of the new structure.

“Since 1956, the Craftsmanship Awards have honored WBC members who have held up high standards of excellence in the construction trades. We are pleased to recognize Steele Foundation’s craftsmen for their significant achievement and skills demonstrated on the Moxy Hotel project.”

See how we've helped other clients